Why SkySilk Came Out of Nowhere To Save Parler After Capitol Riot : NPR 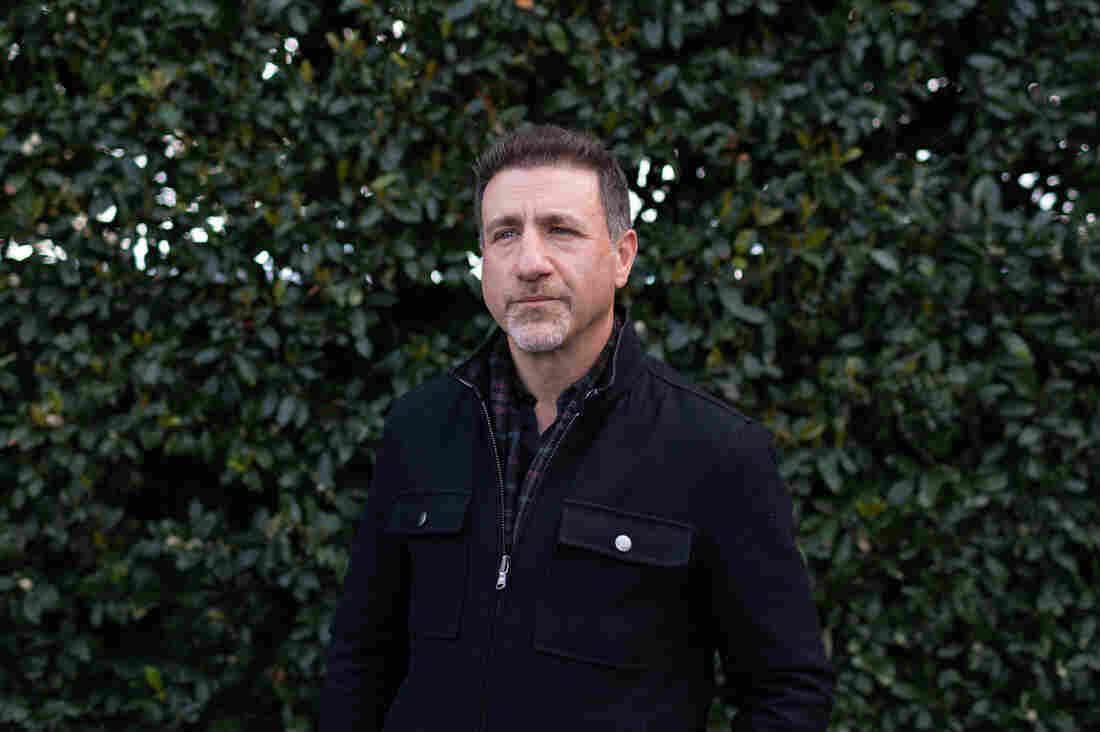 Kevin Matossian is the CEO of tech company SkySilk. 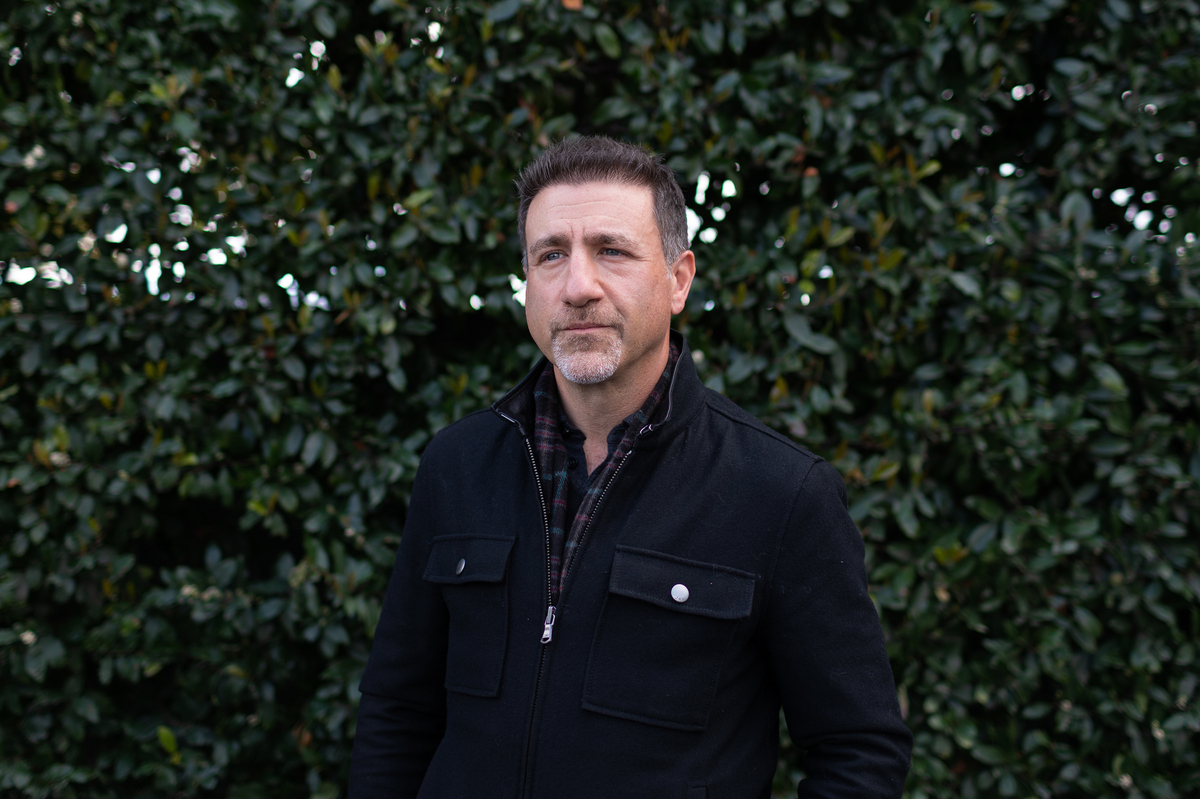 Kevin Matossian is the CEO of tech company SkySilk.

Parler grew desperate. It had relied on Amazon’s web hosting services to reach its burgeoning audience of more than 12 million. After Amazon cut it off, it was rejected by six other web hosts. It seemed doomed to disappear from the web.

In his first interview since that moment, SkySilk CEO Kevin Matossian said he never intended to jump into the middle of the national debate over online speech. Instead, he said, he made a deal with Parler to spite tech giants like Amazon, which, he says, abuse their might.

“Is the power that is being wielded by Big Tech more dangerous than the hate and vitriol of certain places on the Internet?” he said. “We took the position that big technology’s overreach, this unchecked power, is equally frightening.”

Amazon justified dumping Parler in January by saying the social media site represented a “very real risk to public safety” after Amazon found that Parler was allowing content that “encourages or incites violence against others” in the wake of the Capitol siege.

Social media platforms have received most of the scrutiny in discussions about the harms of unrestrained online speech. But companies that provide the hidden infrastructure to support the platforms wield immense power.

Tech firms like SkySilk that offer web hosting and others that register websites, like Seattle-based Epik, are increasingly the gatekeepers. Often, those companies alone can determine whether websites — including those that serve millions — exist or not.

SkySilk, which offers web hosting, cloud storage and a variety of other online services, has stayed under the radar since it was founded in 2015 by Alex Gorban.

In a 2017 California state filing, Diana Gorban, Alex’s wife, listed herself as CEO, Secretary and CFO of SkySilk.

Alex Gorban also runs a firm called IT Creations, which resells used and bulk computer parts. Both companies are based in Chatsworth, Calif.

But interviews with several former employees of SkySilk portrayed the company as a haphazardly-managed shop where morale is low and chaos runs deep.

An ex-employee, who requested anonymity for fear of retaliation, described a so-called “sketchy” work environment where, even before the pandemic, the office “was 95% empty most of the time.” Yet every room had surveillance cameras installed, the person said.

“And they hired mostly friends and family, so everyone was loyal to management,” according to the former staffer.

They added: “I had the impression it was a side business for something else, but nobody ever figured it out.”

The ex-employee said that SkySilk aimed to nip at the heels of Amazon Web Services.

The former SkySilk employee said, “we would take anyone on as a client, like people who were looking for ways to hide their search history,” referring to individuals or companies seeking to bury unflattering results on search engines like Google.

A second former SkySilk employee supported this characterization, adding that people came and went and that the company felt like an unfocused and confusing extension of IT Creations.

“It was a revolving door. There was a lot of turnover,” they said. “At times it seemed like we weren’t even sure why the company existed at all.”

In response, Matossian, SkySilk’s chief executive, said he is not aware of any widespread worker unhappiness or complaints that the organization is in disarray. He said there is nothing unusual about the founder of a startup hiring friends and family. He said SkySilk has always had many employees working remotely, which explains the mostly vacant office. And he said that heavy use of security cameras in public parts of the office is necessary to “maintain a certain level of security.”

SkySilk, which works mostly with software developers, has nothing to hide, Matossian said.

In a follow-up exchange, Matossian said SkySilk also works with medical software, automotive software, graphics rendering and entertainment companies, but he would not get more specific. He said SkySilk has less than 50 employees around the globe.

Before joining SkySilk, Matossian, 47, said he planned to retire early and focus on independent film projects. 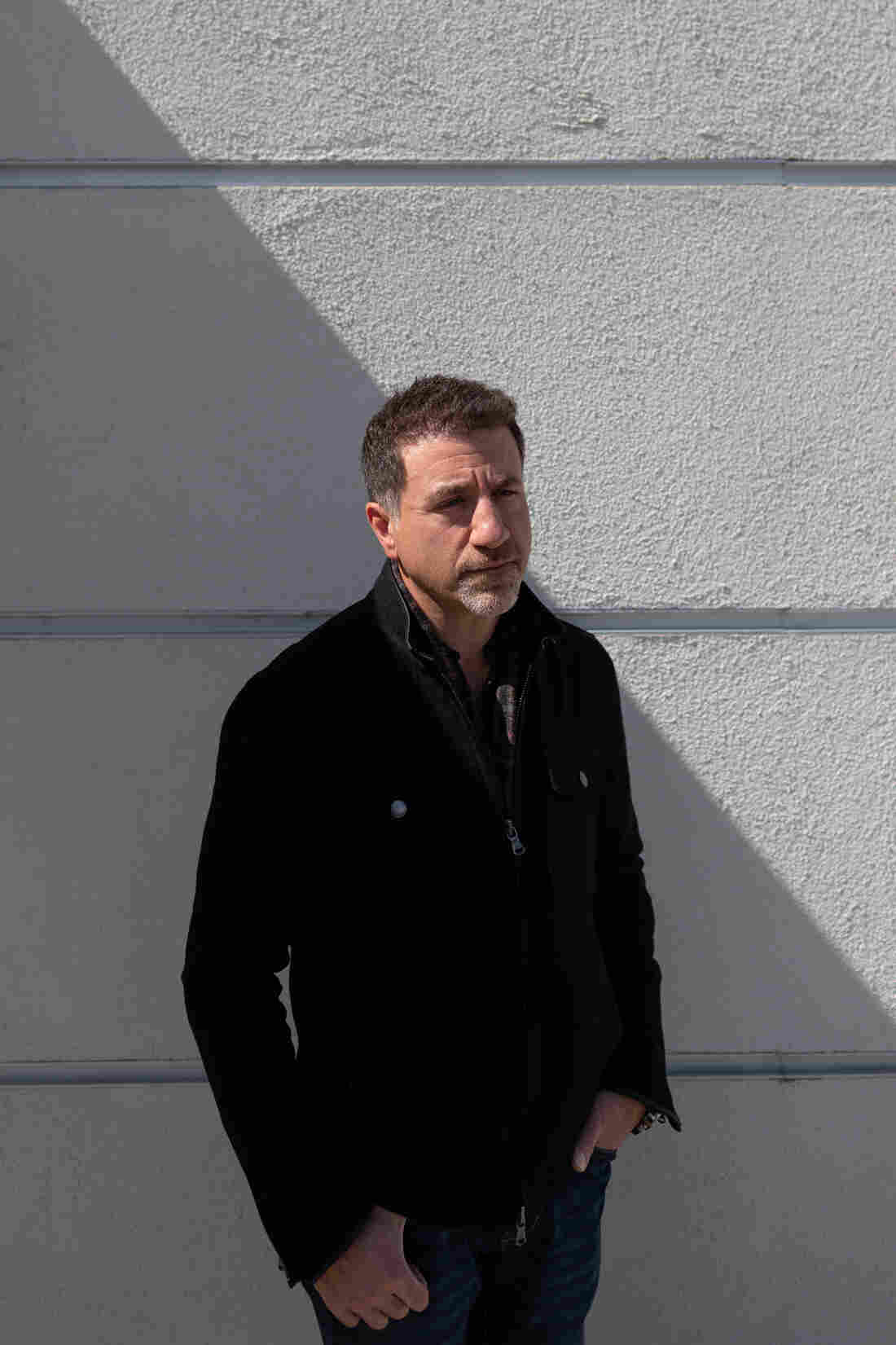 Kevin Matossian is the CEO of the tech company SkySilk. The company was recently thrust into the spotlight for offering to host conservative social media outlet Parler after many other tech companies refused them service on their platforms. 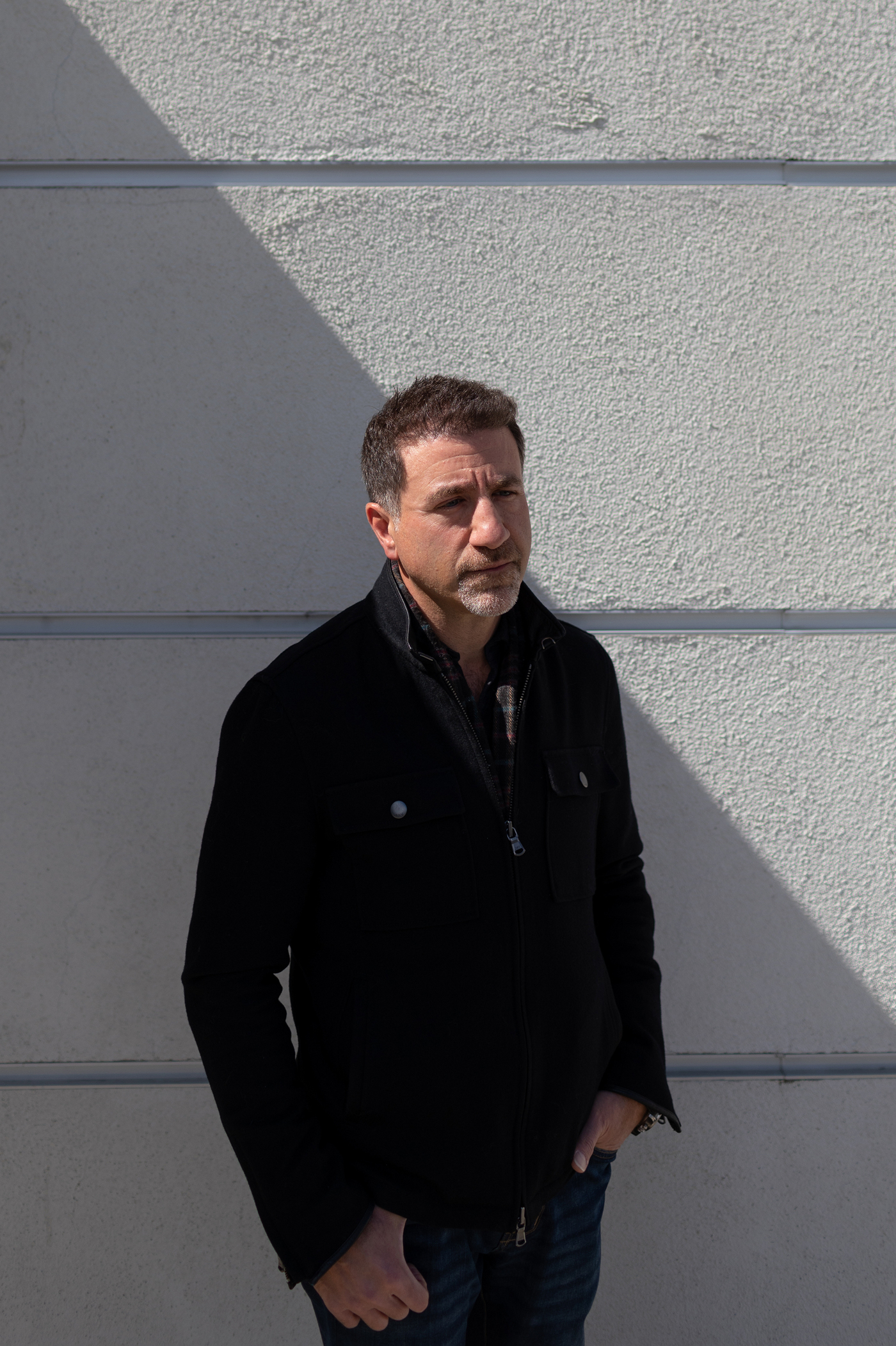 Kevin Matossian is the CEO of the tech company SkySilk. The company was recently thrust into the spotlight for offering to host conservative social media outlet Parler after many other tech companies refused them service on their platforms.

The son of a pastor and a bookkeeper, Matossian dabbled in real estate in Southern California before launching various businesses in the world of film and television.

In 2019, he sold Film Solutions, a company he founded 13 years earlier, to a group of investors for an undisclosed sum. The firm handles on-set publicity photos for TV and movie productions.

Over the years, he turned to IT Creations to buy computer hardware and, he says, he became close to the Gorbans.

The bond between Matossian and Diana Gorban was further cemented by something else they share: their Armenian roots.

“It’s fun to find people of similar backgrounds in a space you want to be in,” Matossian said.

Matossian said he became an informal consultant to the Gorbans’ businesses before Diana Gorban asked him to lead SkySilk late last year.

He joined the company just before it decided to help revive Parler. Matossian said he believed Parler had the right to exist online, despite being a magnet for far-right groups, white nationalists and misinformation.

By Matossian’s own admission, taking on Parler was also a business decision, a way of sending a signal to other sites considered too risky or problematic by other web hosts.

“It would be foolish for me to tell you that the benefit of attention would be negative for us,” he said. “We’re happy if people want to use us as a service, but our intentions are as noble as we can make them.”

By “noble” Matossian said he meant “protecting the spirit of the First Amendment online,” echoing other defenders of so-called alternative social media sites, who often wave the banner of free speech when confronted with criticism about what kind of content thrives on the sites.

In severing its contract with Parler, Amazon cited 98 examples of posts that encouraged violence in the wake of the Jan. 6 insurrection attempt on the Capitol.

Parler itself acknowledged that it had a backlog of 26,000 posts that “potentially encouraged violence,” blaming a power outage that resulted from the social media site being flooded with new interest after Twitter banned former President Donald Trump.

In a statement to NPR, Amy Peikoff, Parler’s chief policy officer, said when the site went dark, the site quickly became a pariah in technology circles.

“Many of our vendors allowed themselves to be misled by the concerted disinformation campaign against Parler, and were intimidated or scared to do business with us, for fear of being blacklisted or doxed,” Peikoff said. “But SkySilk stood with us on principle.”

Parler is still not operating at full capacity. Only people who had accounts prior to Jan. 10 can use it. But as Parler begins to grow again, and let new users set up accounts, attention will turn to how it enforces its new content rules. Those guidelines pale in comparison to mainstream social media platforms like Twitter and Facebook, which have increasingly clamped down on content that traffics in hate speech and disinformation.

In a Nov. 19, 2020 email exchange made public in court documents, Peikoff said a hate-filled post that used the n-word to describe former First Lady Michelle Obama would not violate Parler’s terms of service.

“The best way to resist hate is with more speech,” Peikoff wrote.

Following Amazon’s decision, Parler’s former chief executive said he tried to set a stricter policy that would ban material from domestic terrorists and the pro-Trump conspiracy theory QAnon. John Matze contends his stance ended up costing him his job. Republican megadonor Rebekah Mercer, a cofounder and financier of Parler, stripped the former executive of his entire stake in the company in pushing him out the door, a source close to the matter told NPR earlier this month.

“Parler will not knowingly allow itself to be used as a tool for crime, civil torts, or other unlawful acts,” its new policy says.

Otherwise, Parler says it will do only the “absolute minimum” when it comes to removing users or the content they post.

Parler’s community guidelines state that “not safe for work” posts and “trolling content” are allowed, but users will have to click through a filter to see the posts.

Matossian shakes off concerns about extremism on Parler, even though he said he has never used it himself. He said he does not have an account.

“Unfortunately, with these public squares, these forums where people can speak, you’re going to get riff-raff. It comes with the territory,” he said. “We don’t want, in any way, to promote that, but we also don’t want to stymie the more normalized voice, the centrist, if you will.”

Even if he found posts on Parler repugnant, that would not stop him from doing business with it, he said.

“My levels of what I would tolerate are probably substantially lower than most people. I grew up in a religious home, and there are things that are said on the Internet that I wouldn’t let my children near,” he said. “But where do you draw the line of content moderation? “I don’t know.”