Hope springs for a new wave of public sector transformation 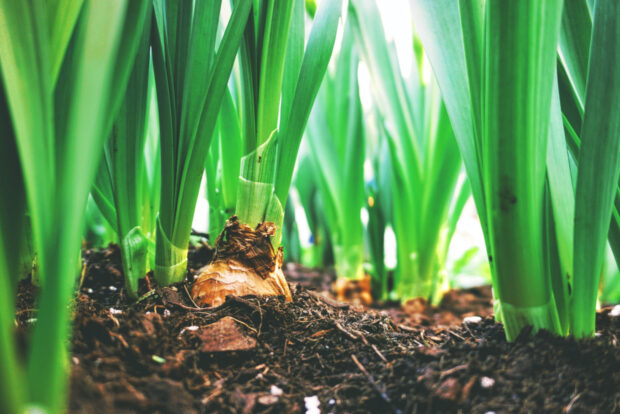 Green shoots of change: Michael Wernick is optimistic that the Canadian government will learn from the pandemic and reform the public sector. Credit: Maarten van den Heuvel/Unsplash

Opinion: There is a chance to apply the lessons learned from the immediate response to COVID-19 to tackle a wide range of reforms in Canada. Michael Wernick, former clerk of the Privy Council, sketches out a change agenda – both in public policy, and in the hard wiring of government

Spring comes late to most parts of Canada. This year the usual impatience to get on with the rituals of seasonal change, to get outdoors and feel some sunshine, is compounded with impatience to get vaccinated. Canadians are watching the thermometers and vaccination counts creep slowly upward with equal measure of irritable frustration and cautious optimism, held in check by worry about variants and a third wave of infection. We are not ready to declare victory, but we can see the glimmer of a better summer and autumn ahead.

We are now well into the season of hindsight-driven reviews – journalist resources, institutional watchdogs and parliamentarians are trawling for evidence of what could or should have been done differently over the past year. Elections have become plebiscites on governments’ handling of the health and economic dimensions of the pandemic – not just in New Zealand and the Netherlands, but four provincial elections have been held in Canada since the pandemic began. That explains why a lot of energy is being put into creating alternative timelines with different decisions and outcomes.

Some of this will be useful, if it moves beyond a search for scapegoats and is translated into policy, governance and administration changes. The iron law seems to be that it takes shocks and crises to generate attention, focus, resources and the political will to tackle serious reforms. There was a “first wave” of innovation in the immediate response to the pandemic and my sense is that a window to apply lessons and tackle a wide range of reforms has opened in Canada, at least for a while. The 2020s may become a decade of “perestroika” for the broader public sector.

Canada’s highly decentralised federation means that many of the shocks caused by the pandemic will reverberate through provincial and municipal governments.

Our greatest failure so far has been in care for seniors, and provinces will have to respond. Delivery of other services – including healthcare and education – were disrupted, but the take up of many innovative practices accelerated in our notoriously change-resistant schools, colleges and hospitals. Even the sclerotic court system rethought some of its procedures and methods, though more improvements are needed.

The challenge for our political class, circling each other in the lead up to the next federal and provincial elections like sumo wrestlers waiting to charge, is how many and what battles to take on. With a minority parliament no one can be sure the next national election will be in October 2023: a confidence vote could take the government down any time. The heads of provincial governments have more certainty and can calculate around fixed election calendars.

Old and divisive issues – such as energy, climate change, reconciliation with Indigenous peoples, and what to do about China – are rapidly returning to the agenda. There will be a bruising clash of visions about how quickly to fix the balance sheet too, with a reluctance on both sides to be specific about taxes or spending cuts. They will leave the hard work until the election is behind them.

A quick sketch of a policy agenda in response to the pandemic in Canada might include: modernising wage insurance for workers; better protection for gig workers; better support for small businesses facing disruption of income; improving care for seniors and our desperately inadequate mental health services. This will be on top of getting ready for the inevitable next public health crisis: we learned from SARS, MERS, Ebola, Zika, H1NI, and now we will learn from COVID-19.

Other matters calling for attention are embedded in some of our oldest and most iconic national institutions. Our military and our national police force are embroiled in issues around harassment and toxic workplace culture. Canada Post is carrying a dead-weight of costs and old labour practices that will be tremendously difficult to shed. Our national broadcaster is struggling to find its way and its mission. It would be a courageous government that tried to tackle all of these at the same time, as the change-resistant stakeholders inside and outside these institutions will push back hard.

Some reforms are easier than others. Governments who want voters to think well of them will always strive for improvements in service delivery and user experience, whether it be at airports and border crossings, online delivery of benefits, or new payment and reservation systems. They are likely to invest in emerging technology to monitor and maintain assets and infrastructure. Commitments to greener government operations will drive change in areas like property and fleet management.

But governments have always been reluctant to invest in the underlying “G to G” internal services – pay, finance, training and development, and especially information management, which in parts of Canada is archaic and shambolic. Politicians tend to see G to G as an overhead cost instead of enabling, and kick the can down the road or at best offer short-term patches. Perhaps the pandemic lesson of moving work to collaborative platforms will become entrenched, but middle managers need support to develop new skills in managing talent and performance in the new environment.

Governments are even more reluctant to take on the deeper structural issues that make the internal workings of government so difficult to reform. Techno-enthusiasts see a bold frontier of further disruption by blockchain, predictive algorithms, learning software and apps for everything. They may be right in the long run, although the bust that was track and trace apps suggests a dose of caution is required.

But the real software upgrades needed to make the public sector more effective are in the decades-old models of human resources and procurement. We will soon see if, in the wake of pandemic fatigue, we also run into the dissipation of the first wave of energy and find ourselves suffering from reform fatigue. Will we have a second and third wave of innovation? With spring now here, I prefer to be optimistic.