Covid is back in the Capitol


JUST IN: Assembly Speaker Carl Heastie tested positive for Covid-19 after “feeling under the weather,” he said in a statement this afternoon. He’s experiencing “extremely mild symptoms” and already received the first vaccine dose on March 6.

“With the upcoming New York State budget deadline, I plan on remaining in the Capital Region and working from my Albany residence,” he said. “This is a reminder to everyone that we must continue to be vigilant — wear a mask, wash your hands, practice social distancing and get tested if you are feeling any symptoms.”

At least one other member of the conference, Assemblymember Ron Kim also announced a positive test result with mild symptoms.

The takeaway from today’s Assembly Judiciary Committee meeting kicking off the impeachment process for Gov. Andrew Cuomo is that lawmakers likely won’t reach a decision before Easter, if that’s what you were expecting.

“At this early stage, it’s not possible to say precisely how long this investigation will take,” Lavine (D-Nassau County) said during the virtual meeting. “Given the breadth and seriousness of the issues under investigation, we expect the timing will be in terms of months, rather than weeks.”

Lavine repeatedly promised to ensure “due process“ and said committee members would be “judicious in their pursuit of the truth,” as they weigh whether to bring articles of impeachment against the three-term governor, Bill Mahoney reported this morning. Lavine also said he took the step of formally warning Cuomo to avoid any actions that might intimidate potential witnesses.

Lawmakers spent most of the meeting asking the attorneys from Davis Polk questions about how they envisioned the investigation proceeding. Attorney Greg Andres said the firm would “use all methods available to us and all tools for gathering information.” That could include conducting interviews, written questions and document requests — potentially made under subpoena, he said.

The scope will also be broad enough to include allegations such as a toxic work environment and sexist culture within the Cuomo administration, the attorneys said, and they will update legislators on their investigation “on any basis the committee decides.”

This afternoon, Senate Majority Leader Andrea Stewart-Cousins during a press call said she didn’t have much to add, nor did she believe she would have much reason to discuss Heastie’s chambers’ impeachment process with him. Her preferred course of action would be for Cuomo to resign, she reminded reporters, but as the dual investigations now proceed on a less immediate timeline, she has bigger fish to fry with the state budget.

“What I think really doesn’t matter as much as the reality of the position I have right now, and the position I have is to focus on getting the job done for New Yorkers on behalf of my conference because that’s what they pay us for and that’s what they’ve sent us here to do,” she said. “I think we’re forceful in every way, and we’ve certainly made our position clear — many of us — however, that will not interfere with us doing our job.”

IT’S TUESDAY, March 23. Welcome to PM Playbook, an afternoon check-in to spill the day’s tea — as we know it thus far — during one of the busiest seasons in New York politics. It’s the email version of the sweet caffeine that carries your brain from lunch to dinner. Got tips or suggestions? Shoot an email to [email protected] and [email protected] or send a shout on Twitter.

SAID TODAY: “He became an icon after he was lynched. He was lynched in 1955 — a Black teenager in Jim Crow South for allegedly making a white woman uncomfortable. He was lynched. He was an African American teenager visiting relatives in Mississippi. I see no comparison.” — Stewart-Cousins, who does not think comparing Cuomo to slain civil right icon Emmett Till, as a few lawmakers and other elected officials have done in recent days, is appropriate.

Our seniors deserve better. State lawmakers must act now to demand safe and accountable nursing homes for those who need it, and provide more funding for services to help seniors remain independent at home—where they want to be. Let’s show New York seniors the respect and dignity they’ve earned. Learn more.

NEW YORK CITY workers will be called back to the office this May in an effort to speed the city’s recovery, Mayor Bill de Blasio announced today. The move, first reported by The New York Times, is expected to affect about 80,000 employees, who will return in phases beginning May 3. The vast majority of city workers are already working in frontline positions, de Blasio said.

“We’re going to make it safe, but we need our city workers back in their offices, where they can do the most to help their fellow New Yorkers — and it’s also going to send a powerful message about this city moving forward,” de Blasio said during his daily press briefing. — Janaki Chadha

ANDREW YANG danced (and sang) through a gauntlet of supporters amassed outside the Board of Elections on Broadway today before announcing that his mayoral campaign had secured more than 9,400 signatures after weeks of petitioning to qualify for the ballot, well over the minimum requirement of 2,250.

The result caused him to burst into a petition-themed parody of a tune from the Broadway musical “Rent.” For all the flair, however, Yang will end up with one of the lowest totals in the field, according to a survey of other campaigns.

Brooklyn Borough President Eric Adams plans to submit north of 20,000 signatures, including around 10,000 gathered by his team and another roughly 10,000 gathered by political clubs and other groups supporting him. Adams is receiving support from the Brooklyn Democratic Party, whose specialty is getting their picks onto the ballot. Adams also appeared on the petitions of others seeking office, which his team estimates will bump him up to around 30,000 signatures.

Scott Stringer’s campaign said it will submit around 25,000 signatures between the comptroller appearing on his own petitions and those of other candidates.

Ray McGuire’s campaign has gathered more than 18,000 signatures from carrying petitions for the former Wall Street executive and two other candidates.

Dianne Morales has currently netted more than 13,000 as of this afternoon, though she plans to submit her haul later this week.

And Kathryn Garcia’s campaign said is has collected more than 6,750. — Joe Anuta

Rodriguez pointed to the former Citigroup executive’s lack of debt to anyone as a political outsider, experience handling billion-dollar budgets and understanding the call to serve.

“We have to step up and make sure the economy is inclusive. For too long, it has not been inclusive,” said McGuire, reiterating his plan to create 500,000 jobs and promising to “fix the infrastructure and get the subways working again in East Harlem.” — Jonathan Custodio 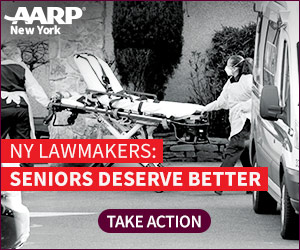 DAYS UNTIL THE BUDGET IS DUE: 8

The SENATE and ASSEMBLY are both in and are “REALLY, REALLY CLOSE to an agreement that would legalize adult-use cannabis products and allow New Yorkers to grow a limited number of marijuana plants in their homes, the Senate majority leader said today. An ‘impasse’ as described by Stewart-Cousins last week over traffic safety concerns and impaired driving has been resolved, she said.” — Spectrum’s Nick Reisman

BAT SIGNAL: “Cayuga County legislator Keith Batman thinks Gov. Andrew Cuomo is no longer in a position to lead New York. Batman, a Democrat, joined nearly 30 other local elected officials from across New York in issuing a joint statement on Monday, calling on Cuomo to resign amid multiple allegations of sexual misconduct and investigations into his administration’s withholding of nursing home COVID-19 death data. The statement, which was organized by Local Progress New York, says Cuomo is ‘failing to govern effectively and move our state out of this crisis.'” — The Citizen’s Robert Harding

Real estate: De Blasio appointed Jamie Torres-Springer commissioner of the Department of Design and Construction. She replaces Lorraine Grillo, who left the post earlier this month to be the city’s Covid recovery czar.

What’s happened in New York’s nursing homes during the past eleven months is a tragedy. More than 13,625 seniors have died of COVID-19, and still chronic problems persist—like understaffing, especially when it comes to direct care for residents. Our seniors deserve better. State lawmakers must act now to demand safe and accountable nursing homes for those who need it, and provide more funding for services to help seniors remain independent at home—where they want to be. Let’s show New York seniors the respect and dignity they’ve earned. Learn more.

— Sen. Chuck Schumer is asking President Joe Biden to name Damian Williams as the next U.S. attorney in Manhattan, who would be the first Black man to lead the office.

— De Blasio is creating a new charter commission to “dismantle structural racism” in the city.

— More than 200 business organizations are banding together to lobby against tax hikes in the state’s new budget.

— There were protests in Rochester on the first anniversary of Daniel Prude’s death during an encounter with police.

— A poll conducted by the New York Health Plan Association found that 80 percent of respondents oppose tax hikes on health insurance and assessments.

— A solar project in Seneca Falls is set for final review.