Caribbean islands serve as idyllic vacation spots, attracting tourists from the U.S., Canada, and beyond whose spending helps sustain their national economies. With the coronavirus pandemic cutting off tourism exports, some have redoubled efforts to boost economic resiliency. As vaccine rollouts gather steam and warmer weather arrives, many Caribbean nations are slowly reopening their borders and utopian beaches, but they’re also aiming to show that they’re more than leisure destinations.

Atlanta — with its multiple sister cities, sizable diaspora communities, and strong African American business base — has long been an attractive partner for Caribbean nations on civil rights, racial equity, and investment. Five Caribbean nations have active diplomatic missions in the city. 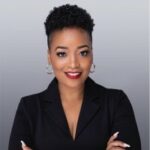 Astra Armbrister-Rolle is The Bahamas Consul General to Atlanta, Georgia. Her office has jurisdiction and accreditation in ten states in the U.S. Southeast. Rolle is a non-profit professional, a fierce advocate for sustainable, community-centered economic development for her country, and has served as the Consul General for The Bahamas in Atlanta since November 2017.

Her passion and determination for community development are evident in her work, which has been highlighted in major national and international media houses. She earned a Proclamation from the Atlanta City Council to recognize her humanitarian efforts in the Hurricane Dorian crisis. Rolle’s leadership has also been acknowledged internationally. She currently holds membership on several boards, including The Carter Center Advisory Board, the World Trade Center-Atlanta, and the Caribbean Cultural Arts Foundation. She has been featured on panels for the International Black Women in Public Policy Institute and has addressed audiences across the United States and the Caribbean. Rolle is a servant leader who is dedicated to playing her part in improving the social, political, and economic environment in The Bahamas, and to a greater extent, the world. 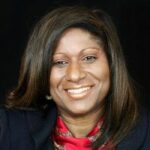 Dr. Elaine Grant-Bryan is the Honorary Consul for Jamaica in Atlanta. She is also the founder and president of the Grant-Bryan Center located in Atlanta and a Registered Microsoft Education Partner. She is the owner of Elaine Bryan Realty and has excelled in Real Estate and was invited as an expert broker, to share her knowledge on “What You Get for the Money” on HGTV and the Fine Living Channels. This Caribbean Region Native is a Northwestern University, The University of West Georgia, and Leadership Sandy Springs Alumna. Grant-Bryan is the founder and Chair of The Elaine Bryan Foundation and a successful entrepreneur who has invested in
real estate for many years. Elaine received the Mayor of Atlanta Phoenix for outstanding service and the United States Postal Service, “Women Putting Their Stamp on Atlanta Diversity Champion” Awards. She is also the recipient of the Judge Glenda Hatchett, Inspiring Excellence” Education Mentoring Award. She was presented with a trophy and a monetary award. Some other commendations/awards: Georgia School Counselors Association Counselor of the Year and Turner Broadcasting System (TBS)
Education Awards. Honorary Consul Dr. Elaine Grant-Bryan is a Congressional App Challenge Judge for Georgia.

Elaine has a special gift of motivating young people and she is an empowerment speaker. As a Microsoft Education Partner, she created and established Microsoft-EBF STEAM (Science, Technology, Engineering, Arts and Mathematics) Mentorship Programs for high school seniors and college students. These unique enrichment workshops are conducted virtually on Microsoft Teams and Zoom platforms. Students have received thousands of scholarships, computers, and valuable guidance from the Elaine Bryan Foundation over the past eleven years. In 2020 her team offered one hundred and fifty scholarships and some Dell Laptops to local students her in Georgia and throughout the Caribbean. Dr. Bryan is guided by her trademark, The What What What Approach – What you do with what you have determines what you become® As a columnist for the Jamaica Gleaner Flair Magazine, she authored the “Financial Freedom Columns.” She is married to Gregory Scott Vernon Bryan who is a computer expert, IT director and keyboardist. They both work together on global projects for The Elaine Bryan Foundation and Elaine Bryan Realty. 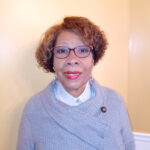 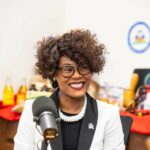 About the Consular Conversations series:

Sponsored by Miller & Martin PLLC since its inception in 2016, Global Atlanta’s Consular Conversations series consists of monthly public interviews with consuls general in the Southeast United States. Traditionally held as in-person luncheons in Midtown Atlanta, the series transitioned to virtual forums with the arrival of the coronavirus pandemic in April 2020. In 2021, the series has focused on diplomats based outside of Atlanta who count Georgia as part of their territory.